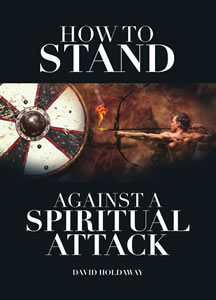 How to Stand Against a Spiritual Attack

Why do bad things happen to good people? What happens when I become disappointed with God? How can I be free from fear? What is the ‘spirit of death’ and how do I stand against it? What is the armour of God and how do I wear it?
Read More 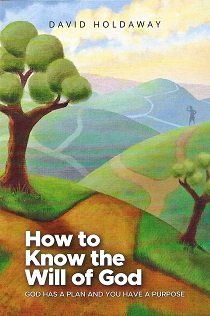 How to Know the Will of God

The greatest question you can ever ask is, “What is the will of God for my life?” The answer to this affects everything about you forever. The only way you will ever truly and fully discover the answer to that question will be found in Jesus Christ.
Read More 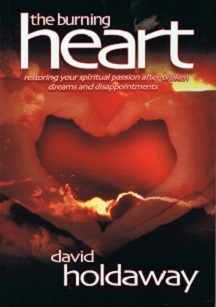 Sadly, many Christians start the Christian walk well but finish badly. This book examines the reasons why, and offers healing and hope to those who feel their heart is not on fire as it once was, and want to return to that place of passion and love for Jesus.
Read More

Wales has experienced so many revivals it has been called ”The Land of Revival”. Different nations can carry different anointings and appointings from God. When you think of Korea it’s prayer, with Argentina it’s spiritual warfare, with Singapore it’s missions and with Wales it’s revivals.
Read More

David Holdaway has been a minister with the Elim Pentecostal Church UK since 1982 and has a powerful Apostolic Teaching ministry. He has pastored churches in

England, Wales and Aberdeen in Scotland where David and his wife Jan saw the church grow extensively with satellite churches, a ministry to the homeless and running successful city conferences. He has ministered in Asia, Africa, South America and Europe and has a powerful ministry teaching on topics such as issues of the heart, healing, deliverance and Kingdom finance. He has written more than 20 books, a number of which have been translated into several languages. David and Jan live and minister out of South Wales and have a heart and passion for Revival and encouraging people to seek personal and national revival. They are on the leadership team of Love Wales, a ministry to re-evangelise Wales. From July 2016 to May 2017 David took on the role of Principal of the Bible College of Wales in Swansea before returning to writing, traveling and publishing.

For information on how to publish your own book visit the Life Publishing Page.

Through their experience of writing and publishing, David and Jan Holdaway have helped many new authors in publishing their books.
Read More

If you would like David to minister in your church or fellowship please Contact Us.
Read More

UK Delivery Costs are £1.25 Per Book.
For Overseas Orders Please Contact Us.